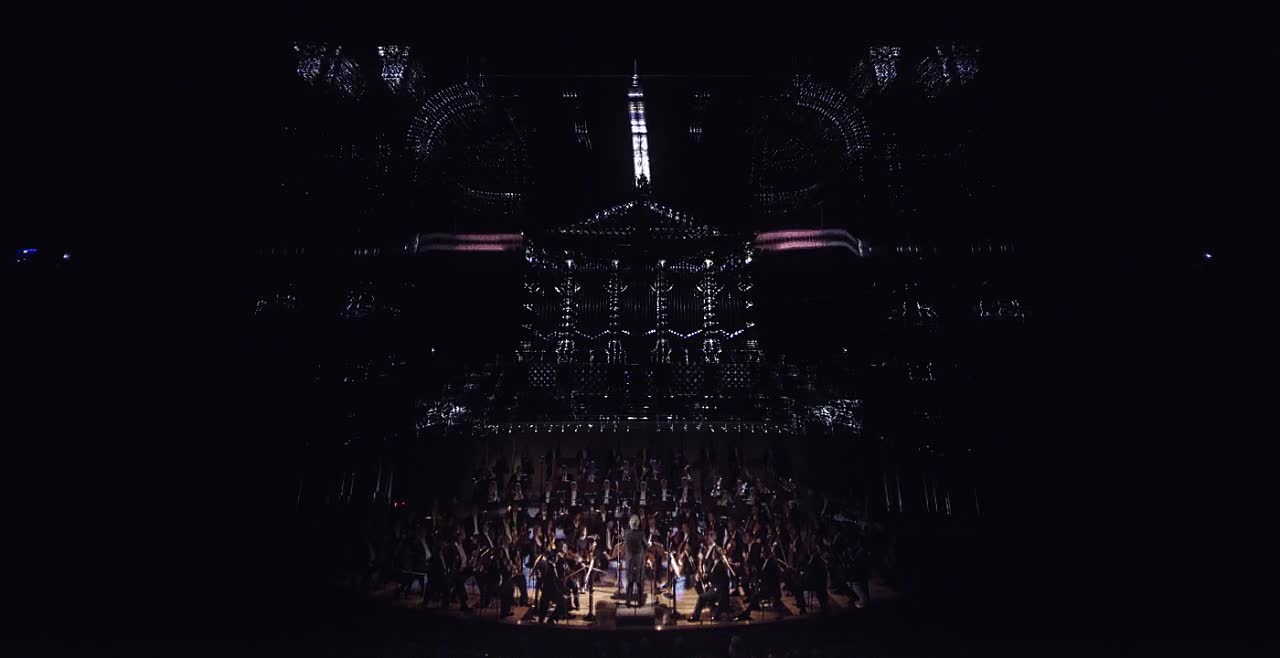 SIM/NEBULA is a 45 minutes long videomapping performance, marked the first fully immersive videomapping ever made in Czech Republic, involving a live orchestra of 118 musicians conducted by Jiri Belohlavek and 10 x 20k projectors on four sides of the auditorium (front, two sides and ceiling). 45 minutes of expressively futuristic visual poems, shaping the emergence of cybernetic organism counting down its time code in live acoustic waves of classical music.
The Macula in collaboration with the Czech Philharmonic orchestra and 11 international artists from all over the world worked on the story made of seven sections/themes (Matter, Technology, Message, Mission, New World, Rendezvous, and Birth), set against the background of the performance, which combines technological and creative attributes of projectionmapping, VFX and motion graphics to create the outstanding experience. Project was commissioned by Ceska sporitelna to celebrate 190 years of their existence and the new partnership with the Czech philharmonic.
I was responsible for Part 3: Message and Part 4: Mission in collaboration with Osman Koc, Federico Pelat, the visuals that are accompanying to Czech composer Antonín Dvořák's The Symphony No. 9 "From the New World", popularly known as the New World Symphony, was composed in 1893 while Dvořák was the director of the National Conservatory of Music of America from 1892 to 1895.
It was a great pleasure for me to be a part of the team and thanks to everyone who is involved in this massive project.

Days After Those Days ++