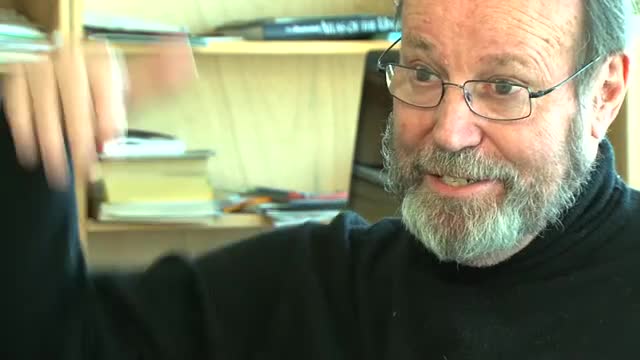 The irony of the whole thing, in today's societies, governments are now, having saved the banking system, at a huge expense, are now being squeezed to reduce everything else. Because they have now increased indebtedness dramatically. In some countries it's doubled. Thinking about this, it is government that imposes that only bank debt money can be used to pay taxes. That is the mechanism by which the monopoly is enforced. And government needs to either raise the taxes or borrow, just as you and me, and has given the monopoly of the creation of the money to the banking system. Well would it not make sense that the government issues a currency itself for certain functions and requires that that currency be paid in part by making contributions? Let's make a distinction between taxes and contributions. Taxes are in national money, or actually in bank debt money, to be precise, and the other one would be in another currency, a currency that the government chooses for its priorities. It could be a currency for learning, it could be a currency for environmental restoration, it could be a currency for whatever the priorities that it decides. And my proposal would be, well, create an E-Bay market, an open market, where I have, if everybody needs to contribute ten hours, say, over that currency, well, we create an E-Bay, I am a guy who's too busy and not interesting in these things, you are a good person, you have done fifty of those hours, well, you sell them to me, and I pay you in euros. I need to pay ten hours, because that's the requirement. It would be a completely different society, immediately, where government can actually, a democratic government, hopefully, we're not talking about creating a dictatorship here, it should be a democratic government, that people could decide what it is they want to contribute to.
And with the kind of issues that we're dealing with today, an ageing society, how will you take care of that? If you think in the conventional way, there are only two solution. Let's take the economic effects and the financial effects of ageing. The Anglo-Saxon solution, the Americans and the English, is we have a pie of a certain size, more people need to eat from it, fine, we cut the slices smaller and smaller. And maybe that way they die quicker, which is one way of solving the problem. The second solution, let’s call it the Germanic one, or the Scandinavian one, is a promise is a promise, let's go bankrupt. That's it. Tell me another solution. The third solution is the one the Japanese invented already. You create another medium of exchange that actually fills in some of the issues. And there's still a big role... In Japan, if an elderly person breaks her leg, they're being paid in national currency by the insurance, no problem, so it's like here. But they have a second option. That person can go home much faster, because in the neighbourhood there are other people, neighbours, that will help with their shopping, with the food preparation. That's not covered by national healthcare. There's a community that's ready to act. So it's a completely different game. That's what I see as a possibility. We have some huge possibilities. And these things are now technologically so easy. In other words... The payment issue, the future is going to be mobile phones. Everybody knows it. There are more mobile phones than bank accounts by a factor of three on the planet, so why should we not use the mobile phone as a payment system for doing those things? So the technology is there. We're ready to use it.