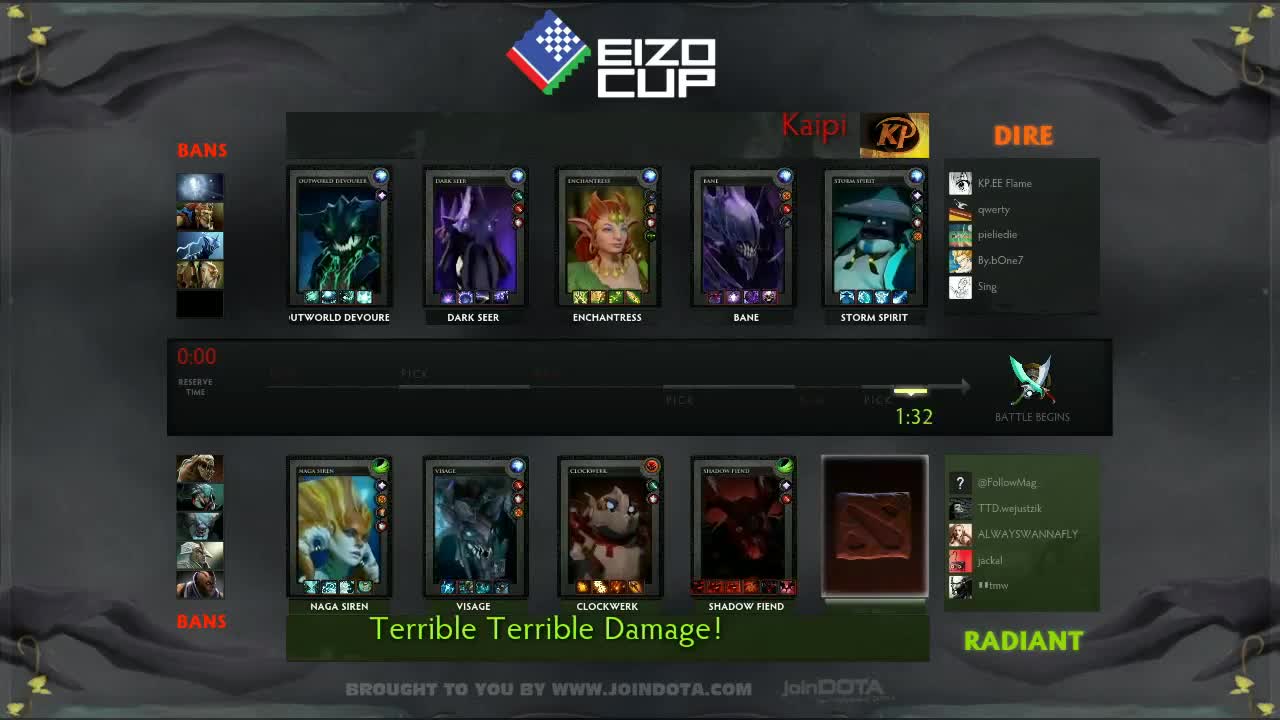 DOTA 2: TTD vs Kaipi [Part III] | EIZO Cup
Dota 2 is a free-to-play multiplayer online battle arena (MOBA) video game developed and published by Valve Corporation. The game was released for Microsoft Windows, OS X, and Linux in July 2013, following a Windows-only public beta testing phase that began in 2011, and is the stand-alone sequel to Defense of the Ancients (DotA), a mod for Warcraft III: Reign of Chaos and its expansion pack, The Frozen Throne. Dota 2 is one of the most actively played games on Steam, with maximum peaks of over a million concurrent players.

Dota 2 is played in matches between two five-player teams, each of which occupies a stronghold in a corner of the playing field. A team wins by destroying the other side's "Ancient" building, located within the opposing stronghold. Each player controls one of 111 playable "Hero" characters that feature unique powers and styles of play. During a match, the player collects gold, items, and experience points for their Hero, while combating Heroes of the opposite team.

TV Commercials For Need For Speed

Surprise Commercial: Behind the Scenes

Balancing of Turrets and Hulls

Call of Duty-Black Ops: The Replacer