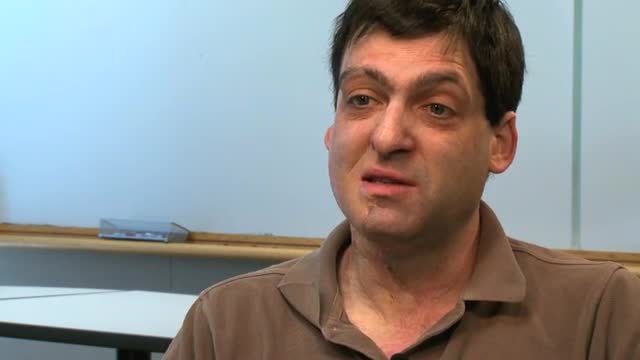 We have much less control than we think. But you can think of it in two ways. We can have control in the long term, when we create systems. But once we create a system, we don't have much control over it. I ask my students very frequently, every semester: ‘How many of you have texted while driving?’ And everybody raises their hand. And it's illegal and it's dangerous. There was a recent study that showed what happened in states that outlawed texting and driving. You know what happened? People text under the wheel. Making it much more dangerous and the rate of accidents actually goes up. Now, this is incredibly, incredibly stupid. Can people truly be addicted to their cell phones, like we all are, and get a vibration of a text in their pocket and not look at it to see what it is? Some people sometimes, but it is very hard to create that. So whilst you've created a system in which we are addicted to our cell phones, we love it, our social interaction is through it, and you add to that the technology of cars, you really are not leaving people that many choices but to be dramatically tempted what they're doing. But what if you design a different system? What if you design a system in which cell phones would sense when you're driving or cars would block calls? All of a sudden it's about the environment. So we believe that people can make little choices constrained by the environment. But you have a lot to do when you design the environment. Think about something else. Think about the cafeteria. How would the cafeteria in your workplace feel differently if cake and French fries, burgers and steaks were first thing, or if the salad was there first? Or how would it look if there were two parts of the room: the healthy part and the non-healthy part? Compared to a situation in which they were all intermingled with each other? The fact is that people would make very, very different choices in both of those cases. If one side of the room was healthy and one was not healthy, you'd probably not go to the unhealthy part. But if they were intermingled and you saw things every time you were going to take a lettuce, you saw this other fried stuff, you'd probably take at least a little of it. So the design of the environment has a lot to do with what we'll actually make a decision in. Because of that it's incredibly important to get into not just consumers' mindset but to get into businesses and into policy. Because those are the things that truly design the environment in which we live.