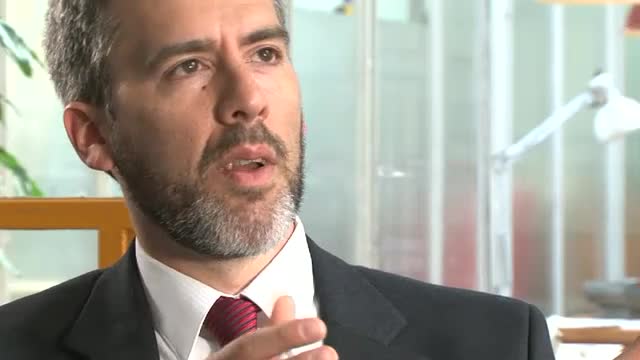 Decade of ubiquity - any time, anywhere, on demand

Stepping back and looking at the last decade, from maybe '99 to 2009 or 2000 to 2010, I think that once we suffered the whole dot-com bubble crash and everything else, generally speaking the spirit of innovation or the ability to throw a lot of risk capital at new and exciting ideas and technology advancements was flattened and almost dead.
It's a bit sad to look at the last decade and say the most exciting things we have are Facebook widgets or Twitter applications. It's like wow. I grew up through the nineties and the early part of my career was there, but it was like every day or every week there as a new process or a new type of RAM, a new graphics thing. It was always new and advanced and faster and better and stronger. It was exciting, you couldn't keep up. As soon as you got used to games like Quake I, Quake II came along and completely changed the playing field. But the last ten years that's been gone missing. There haven't been a lot of exciting things, like "oh my god, this is it!"
But now, again in the last year or so, a lot of these technologies that have been percolating in the background for years, are now at the point where they're tangible. You can play with them, you can grab onto them and do something with them, and people are beginning to put them together. That's going to start a cycle over the next ten years where there is massive convergence. And that convergence is ultimately going to result in ubiqitous computing, telecom and media. Just all over, all the place, all the time and on demand.

Skateboarding in the Road